We help with the reconstruction of the birth house of Chhemet Rigzin, the chief sculptor of Buddha 108 Ft. His father, Nawang Tsering, was a famous sculptor. His sculptures can be found in almost all the Ladakh monasteries. The birth house of Chhemet’s father was destroyed in a big flood. This region falls victim to floods due to excessive glacial melting as a result of climate change.

The newly reconstructed house is going to serve as an art institute, built in the original style by Chhemet himself. A studio, accommodation premises and a traditional Gönpa are going to be a part of the house. Chhemet has shared his master skills also with the western world, in Germany. Now, he is going to have a chance to share his teachings directly in the village of Tía, in his father’s house. 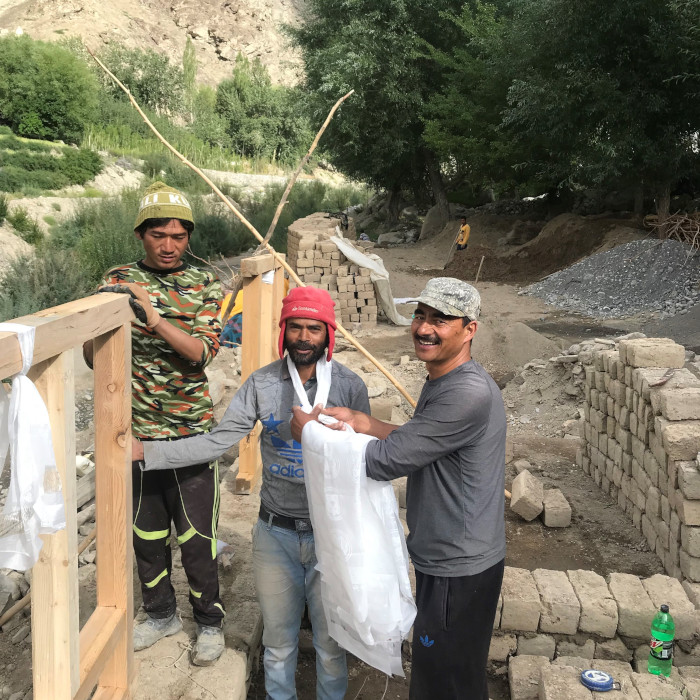